The Affordable and Secure Food Act (ASFA) is a new version of the House-passed Farm Workforce Modernization Act and would provide a 10-year pathway to legislation for workers currently employed in agriculture in the U.S. and makes needed reforms to the antiquated H-2A Visa program.

Senator Crapo, flanked by Rep. David Valadao (R-Calif.), Rep. Salud Carbajal (D-Calif.), and Rep. Dan Newhouse (R-Wash.) at a press conference on Thursday morning attributed higher food prices to the current Ag labor crisis. “You could draw a straight line from these higher (food) prices and the crisis of farm labor. This not only drives up food prices, but also drives many family farms and ranches out of business.”

Rep. Valadao acknowledged Republicans’ concerns about border security but argued that stabilizing the agriculture workforce and encouraging legal entry is a necessary part of the solution to the border crisis.

Rep. Newhouse, a farmer from Washington, added, “It’s not rocket science to figure out how we’re going to have an adequate labor force that’s legal. Without that we know what’s going to happen: our crops will go unharvested, and our already very delicate food supply chain will be placed at further risk.”

The Affordable and Secure Food Act reflects years of close input from farmers and ranchers, agricultural workers, and labor organizations. Specifically, the ASFA would:

With less than two weeks left in the 117th Congress, Senator Bennet is pushing for the bill to be included in the Omnibus spending package currently being negotiated by Congress. Without support from Senate Republicans, however, this may be an insurmountable challenge.

Today, the Senate approved a stopgap measure that pushes the deadline to prevent a government shutdown to next Friday, December 23. Lawmakers are anticipating passing the omnibus bill before that deadline on a bipartisan and bicameral basis after Members struck a deal this week on the framework of the omnibus package.

House Appropriations Chair Rosa DeLauro (D-Conn.) indicated that appropriators plan to introduce the spending package on Monday. Meanwhile, Senate Minority Leader Mitch McConnell (R-Kent.), has set a December 22 deadline for Senate action, allowing the House to follow suit by December 23, barring a delay. While no details have been officially disclosed, the omnibus bill is expected to provide roughly $1.7 trillion in discretionary funding for fiscal year 2023, $858 billion for defense, and include emergency aid for Ukraine, as well as a bill to reform the way the United States certifies presidential elections.

There is no agreement, yet, on the Affordable and Secure Food Act. 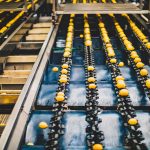 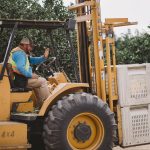