On June 16, 2022, the European Commission published Commission Implementing Regulation stating that orange imports from countries affected by False Codling Moth must have a phytosanitary certificate indicating that the oranges were grown in authorized locations and were subjected to required cold treatments.

For several months, South Africa has claimed that the implementation of the new entry regulations for oranges would be impossible to comply with and could have a huge effect on its citrus industry. Recently, South Africa’s Citrus Growers Association has confirmed reports of containers, including other citrus varieties, being detained on arrival in European ports.

The U.S. requires cold treatment in transit of all citrus from South Africa. In November 2020, USDA authorized the importation of cold-treated fresh citrus from South Africa into all U.S. ports of entry. Prior, access was limited to four U.S. ports. The expanded port access was granted when, after two years of inspections of over 2,000 shipments, there were zero detections of False Codling Moth. 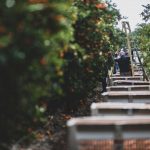