Bumble Bees May Be Protected Under the California Endangered Species Act

What Does this Mean for Growers?

Unfortunately, this case sets a precedent for all insects and could have devastating impacts to all growers facing threats from invasive insects like the Asian Citrus Psyllid, Glassy-winged sharpshooter, and fruit flies.

CCM has been an active participant in the lawsuit against the Fish & Game Commission since the beginning.However, the disappointing decision comes as no surprise given the makeup of the review panel.

“We are reviewing the panel’s decision and will be exhausting all legal avenues,” says California Citrus Mutual President, Casey Creamer. “We all instinctively know that bumblebees are not fish and the judge’s liberal interpretation is an attempt to rewrite the law.”

Because the code does not specify a difference between aquatic and terrestrial invertebrates the Fish and Game Commission argued that all invertebrates, which fall under the definition of “fish” in the code, must be included. Therefore, the Commission claimed that insects, such as bumble bees, could be protected as “fish” under CESA.

After a Superior Court ruling in favor of the Almond Alliance the Fish and Game Commission filed an appeal with the Third District Court of Appeal, who ultimately ruled in the Commission’s favor.

CCM is monitoring the situation closely and will keep growers and industry members updated on any new developments. 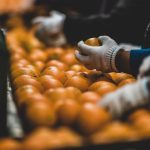 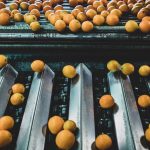