An Assembly floor session was interrupted earlier this week by a nearly 4.5-hour Democratic Caucus meeting to discuss a transition of power from Speaker Anthony Rendon D-Lakewood to Assemblymember Robert Rivas D-Hollister. The closed-door discussion follows an announcement made by Assemblymember Rivas who allegedly jockeyed enough votes from the Democratic caucus to replace Anthony Rendon as the next Speaker of the State Assembly.

As a result of the long caucus meeting on Tuesday night May 31, Rivas did not leave the meeting as the new Speaker. Instead, Democrats decided to keep Speaker Rendon in the position until the end of the current legislative session and that a transition would take place afterwards.

With seven months to go into the current legislative cycle, questions remain if the pro-Rivas Democrats can hold the majority, if Rendon can fight off the efforts against his leadership, and why a referendum occurred before the State’s Primary Election slated for Tuesday, June 7. 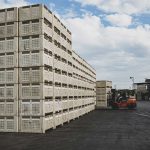 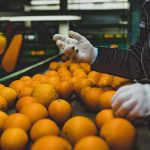