Julie Henderson, 59, of San Francisco, has been appointed Director of the California Department of Pesticide Regulation. Henderson has served as Acting Director at the California Department of Pesticide Regulation since 2021 and has been Deputy Secretary for Public Policy at the California Environmental Protection Agency since 2017. She held the positions of Senior Vice President of Public Affairs and Chief of Staff and Senior Policy Advisor of External Affairs at the University of California, Office of the President, from 2013 to 2017. Henderson was a Senior Advisor for the Office of Governor Edmund G. Brown Jr. from 2011 to 2013 and Special Assistant Attorney General in the Office of the Attorney General from 2008 to 2010. She held multiple positions at Gap from 1992 to 2007, including Vice President and Associate General Counsel, Associate General Counsel, Senior Attorney, and Attorney. She was an Associate at Orrick, Herrington & Sutcliffe from 1987 to 1988 and 1990 to 1992. Henderson earned a Juris Doctor degree from Santa Clara University School of Law. This position requires Senate confirmation and the compensation is $194,870. Henderson is a Democrat. 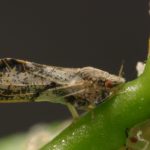