The California Citrus Quality Council (CCQC) is contacting citrus exporters to provide information about citrus MRLs in Korea.  Korea’s Ministry of Food and Drug Safety (MFDS) has been transitioning to a new MRL setting process that requires establishment of specific MRLs for each pesticide and commodity.  MFDS is abandoning its reliance on Codex MRLs and other defaults and requiring pesticide registrants to submit registrations on import tolerances for each MRL that is needed.

CCQC has been working with MFDS, USDA’s Foreign Agricultural Service and various registrants to ensure that MRLs will be established for the pesticides that are used by California citrus growers.  For the most part, registrants have done a good job supporting MRLs for the California citrus industry and MFDS has facilitated the transition by establishing temporary MRLs for the past year.

However, starting on Jan. 1, 2022 MFDS will remove many of the temporary MRLs as it fully enforces its new MRL framework.

CCQC is providing the industry a spreadsheet that shows the MRLs that have been established or are likely to be established by Jan. 1, 2022.  Imazalil is an example of an import tolerance petition that has been submitted and expected to be approved by the deadline.  Please review the list of pesticides and note any MRLs that are missing.  There is an explanation in the spreadsheet for the colors on the spreadsheet.  CCQC recommends that the industry reconsider use of any pesticide for which there will not be an MRL established by Jan. 1, 2022.  PCA’s and growers may want to avoid using active ingredients that are highlighted in red.

Several of the herbicides that are used by the industry are highlighted in red.  Many of the registrants are not applying for import tolerances for herbicides, because MFDS charges $5,000 to establish each MRL and since the residue values in field trials are so low, MFDS is likely to establish the MRLs at .01 ppm which is the default level if no MRL is established.  In this case, herbicides can be used because there is a low probability that there will be detectable residues.  However, CCQC recommends that growers establish an SOP for making applications for Korea, so special care can be taken to avoid unwanted residues.

CCQC continues to work with registrants to urge them to establish MRL coverage for all of the citrus varieties.  As you review the list please let us know if there are any critical MRLs that are missing and we will prioritize establishment of those requests.

Please contact Jim Cranney by telephone at (530) 885-1894 or via e-mail at jcranney@ccqc.org if you have questions about the list or if you need additional information. 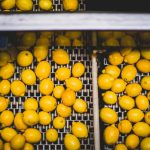