This week, Governor Newsom unveiled a $5.1 budget package for immediate drought response and long-term water resilience including state investment in water infrastructure.  The proposal is a significant increase over an earlier released proposal presented by the Senate, which called for $3 billion in total drought-related spending.

The Governor’s proposal provides, over 4 years, the following:

The agricultural industry and water districts are working together to advocate for funding to support the implementation of the Sustainable Groundwater Management Act.  In a letter to the Governor’s office and Senate Leadership, we requested a total of $1.3 billion for SGMA, including infrastructure investment and repairs on the Friant-Kern Canal and the CA Aqueduct.

We are encouraged the Governor’s proposal allocates funding for these critical projects and will continue to work with our partners to advocate for this funding in the final budget.

The Governor this week also significantly expanded his April 21 drought proclamation to include 41 counties in the Klamath River, Sacramento-San Joaquin Delta and the Tulare Lake Watershed regions. 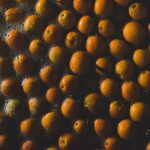 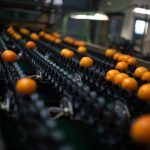