The RENEW WIIN Act would extend the general and operations provisions of Subtitle J of the WIIN Act and extend the provision requiring consultation on coordinated operations of the Central Valley Project and State Water Project. The legislation would also extend the authorization of appropriations for water storage projects that the Secretary of the Interior finds feasible. The RENEW WIIN Act is supported by the entire Republican delegation.

“As a dairy farmer and a lifelong resident of the Central Valley, I know firsthand just how important water is to farmers and families in California,” said Congressman Valadao. “I promised my constituents that I would fight to bring more water to the Valley. Today, I introduced legislation to extend the authorities under the Water Infrastructure Improvements for the Nation Act of 2016, providing access to safe, clean, and reliable water for our communities.”

“Though he’s only been back for a few weeks, Congressman Valadao has wasted no time in getting immediately back to work for the people of California’s 21st District and the Central Valley,” said Leader Kevin McCarthy. “Having dealt with water issues firsthand, both as a Member of Congress and as a farmer, he knows how critical this resource is to our families and communities. I am confident that the RENEW WIIN Act, which extends the bipartisan California water provisions in the WIIN Act of 2016, will help to improve the lives of our local agricultural producers and farming families who help to feed California and the world.”

“Westlands applauds Congressman Valadao’s introduction of legislation to extend the WIIN Act,” said Tom Birmingham, General Manager of Westlands Water District. “The WIIN Act has worked exactly as envisioned when it was signed by President Barack Obama in 2016.  It restored flexibility to operations of the Central Valley Project and the State Water Project, restored water supplies, and resulted in better informed decisions on actions to protect native at-risk fish species.  In fact, since enactment of the WIIN Act, returns of listed salmon species have improved dramatically.  The RENEW WIIN Act is a commonsense measure that will serve not only communities and industries that rely on water supplied by California’s two major water projects, but California’s environment. “

“The WIIN Act was the most consequential water legislation for California in decades,” said Jason Phillips, Chief Executive Officer of Friant Water Authority. “Among other positive results, it increased water user engagement on CVP operations and authorized hundreds of millions of dollars in water infrastructure funding, some of which Friant Water Authority was grateful to access for our project to repair the Friant-Kern Canal. We are thankful for Congressman Valadao’s introduction of the RENEW WIIN Act, which will allow us to continue realizing the benefit of the WIIN Act’s provisions for another decade or more.”

“This bill extends Section 4007, an important provision of the WIIN Act,” said Paul A. Cook, General Manager of Irvine Ranch Water District. “An extension of this provision to 2031 allows more time for the Secretary to evaluate water storage projects currently in the review process.  This additional time will allow the environmental and public benefits of projects like the Kern Fan Groundwater Storage Project to be fully understood and considered prior to being funded. The Kern Fan Groundwater Storage Project represents the next generation of water resources management by storing water underground and partnering urban and agricultural needs. Thank you to Congressman Valadao for introducing this important extension.”

“Congressman Valadao was one of the key players in getting the WIIN Act signed into law in 2016, so it comes as no surprise that one of his first acts since being reelected to Congress is to work to extend it,” said Federico Barajas, Executive Director of the San Luis & Delta-Mendota Water Authority. “The Act’s provisions – including increased operational flexibility for the Central Valley Project and State Water Project and increased federal investments in water storage, water recycling, and desalination – are all critical components to increasing the resilience of water supplies to our member agencies and the communities and ecosystems reliant on the water they deliver. Last year, because of the provisions of the WIIN Act, Congress provided $3 million dollars to study how to mitigate subsidence along the Delta-Mendota Canal, a key arterial canal in California and one of the primary sources of water conveyance for the Authority’s members.  The WIIN Act has worked – it has restored operational flexibility and improved protections for native at-risk species – and Congress should act to extend its provisions.”

Bill text can be found here. 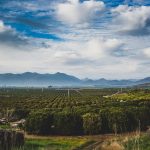