Yesterday, USDA announced the opening of the comment period for the expansion of fresh citrus production areas in Australia to be imported into the United States.  APHIS has completed a pest risk analysis that concluded that pest risks can be mitigated with phytosanitary measures.  The increased access if approved comes at a time where southern hemisphere fruit has created overlaps with California production.  CCM has and will continue to meet with APHIS on this access agreement as well as other pending agreements along with colleagues across the country.

Washington, D.C., December 16, 2020 – The U.S. Department of Agriculture’s Animal and Plant Health Inspection Service (APHIS) proposes to expand the production areas in Australia authorized to import fresh citrus fruit into the United States and revise the conditions under which citrus from Australia may be imported.

Currently, APHIS allows the entry of fresh citrus fruit from the Riverina region of New South Wales District, the Riverland region of South Australia, and the Sunraysia region in Northwest Victoria District with restrictions.  Under the proposal, APHIS would authorize three additional areas of Australia to export citrus to the United States: the inland region of Queensland, the regions that compose Western Australia, and the shires of Bourke and Narromine within New South Wales District.

APHIS scientists prepared a pest risk assessment (PRA) and a commodity import evaluation document (CIED). The CIED identifies the phytosanitary measures that could be applied to ensure citrus fruit from new areas of Australia can be safely imported without increasing the risk of introducing pests.  After careful analysis, APHIS officials are proposing to authorize the importation of citrus fruit from additional areas of production in Australia.

The PRA and CIED will be available for review and comment in the Federal Register on December 17, 2020 for 60 days, or until February 16, 2021. Upon publication visit: Federal Register :: Notice of Proposed Revision To Import Requirements for the Importation of Fresh Citrus Fruit From Australia Into the United States 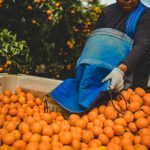