The California Secretary of State will certify California’s 2020 election results by December 11, 2020, 37 days after election day.  In response to COVID-19, Governor Newsom signed an Executive Order, which was later codified by the Legislature, providing a much longer timeline for absentee ballots to be mailed and counted than is typical.  Mail-in ballots must be received no later than 17 days after Election Day at which point county election officials will begin counting provisional ballots.  All counties must submit final results to the Secretary of State by December 3, 2020. Some races have been called, but many are still too close to determine the final outcome.  We will continue to update you as final results are available.

Here is a summary of what we know as of Thursday November 5th.

Proposition 15 is one of only 3 ballot initiatives that remains to be called.  While the early results are favorable with 51.7% of voters against Prop 15, the amount of outstanding ballots can move the needle in either direction.

Congressman Jim Costa will return to Congress after defeating challenger Kevin Cookingham.  Congressman Costa has announced he is seeking the Chairmanship of the House Agriculture Committee after current Chair Colin Peterson was defeated in his election bid.

Former Republican Congressman David Valadao has a slight lead of roughly 3,000 votes against incumbent TJ Cox. In 2018, Valadao had a consistent lead until the final provisional ballots were counted and he ended up losing by roughly 800 votes. We expect this race to tighten as the final ballots are counted as they did in 2018.

Jordan Cunningham is widely seen as the strongest Republican incumbent in the Assembly. This race is closer than expected and the results will change dramatically as San Luis Obispo continues to report their vote totals. Two-thirds of Assembly District 35 is located in San Luis Obispo County.

As expected, Susan Eggman easily won the race to replace termed-out Senator Cathleen Galgiani who was a key ally for citrus pest and disease issues. 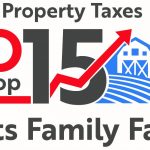